BROOKHAVEN, N.Y. (CBSNewYork) — The struggling Long Island bay waters have been receiving some special help, courtesy of thousands of young shellfish.
As CBS2’s Carolyn Gusoff reported, the shellfish will be put to work filtering the water the natural way.Once a shellfish haven, Moriches Bay now ranks among eastern Long Island’s most polluted waterways.

“Our marine life is disappearing because there is no oxygen for them to breathe, so it’s really sad and heartbreaking,” said Laura Fabrizio of the Moriches Bay Project.

But oysters are set to come to the rescue. They filter out algae, which bloom in nitrogen-polluted water.“Just like a pool filter, here we take the murkiness out of the water by running it through the oysters,” said Thomas Carrano of the Town of Brookhaven Environmental Protection Division.
Nitrogen not only plagues Moriches Bay, but across Long Island where fish kills and brown tides reflect a problem at a tipping point — storm water runoff and aging septic systems choking out life.
Oysters can help.

“It’s natural, it’s simple, it’s cost-effective, and at the end of the day if we’re successful, not only do we filter the bays, but we restore an industry that has died off,” said Brookhaven Town Supervisor Ed Romaine.

“Oysters clean better than 50 times their weight, and you can see the proof is right here in this photo,” said Town of Brookhaven Councilman Dan Panico.

The Town of Brookhaven grows the baby oysters. At a year old, they are suspended in cages.
The town is partnering with volunteers with a goal: one million oysters to filter the entire bay every day, instead of the one year it now takes.

“One of the greatest things about oysters and clams is they work for free,” said Anam Terchunian of the Moriches Bay Project. “All you’ve got to do is give them a home.”

Suspended in Moriches Bay, the oysters will grow. They will eventually be let out of the cages and continue to filter water for the next 20 to 30 years.

In its heyday 50 years ago, there were 100 times more oysters and clams in Moriches Bay than there are today. They could filter the entire bay every few days.
Posted by AJ at 2:00 AM No comments:


It may not be oyster restoration on the coasts, but Ann Arbor, Michigan is a nice town. While Gloucester is well known for its fishing heritage and its classic sculpture in the Fisherman's Memorial, we recently had the pleasure of holding a MOP Board Meeting at the Maritime Gloucester Museum. 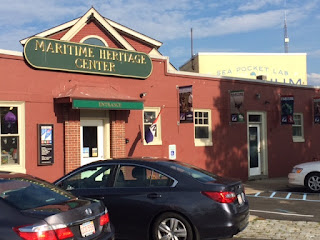 It is an interesting spot with touch tanks to see fish and aquatic habitats. We were glad to see some oysters among the crabs, rays and other fish. 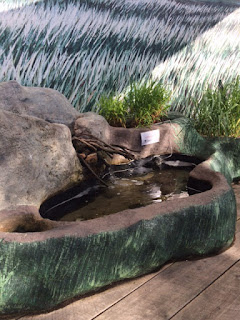 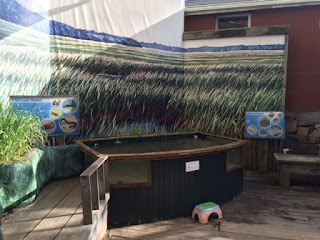 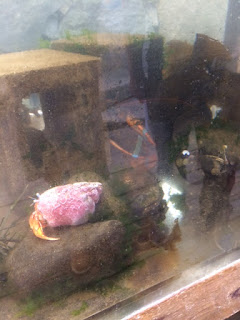 There also were interactive exhibits including a model rope walk. 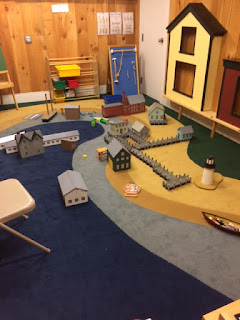 They also have a workshop to repair wooden boats, a space for children's classes such as making a remote operated underwater vehicle, and boats. Those boats include pilot dinghies for rowing and two sailboats.

Perhaps most impressive is the restored fishing sloop that can accommodate up to 90 people for events. 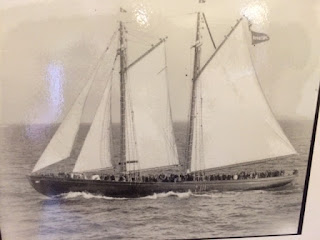 It was once used for cod fishing and has a fascinating story as related to us by a helpful and knowledgable museum employee.

There even is a salty exhibit space below with diving bells and other cool stuff.  If you are looking for a good day trip with the kids, Gloucester is well worth the visit. And there are many restaurants serving fresh (fresh =good) seafood! 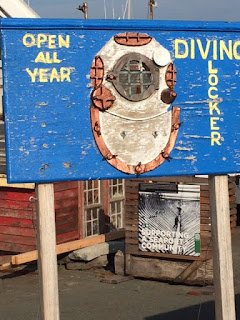