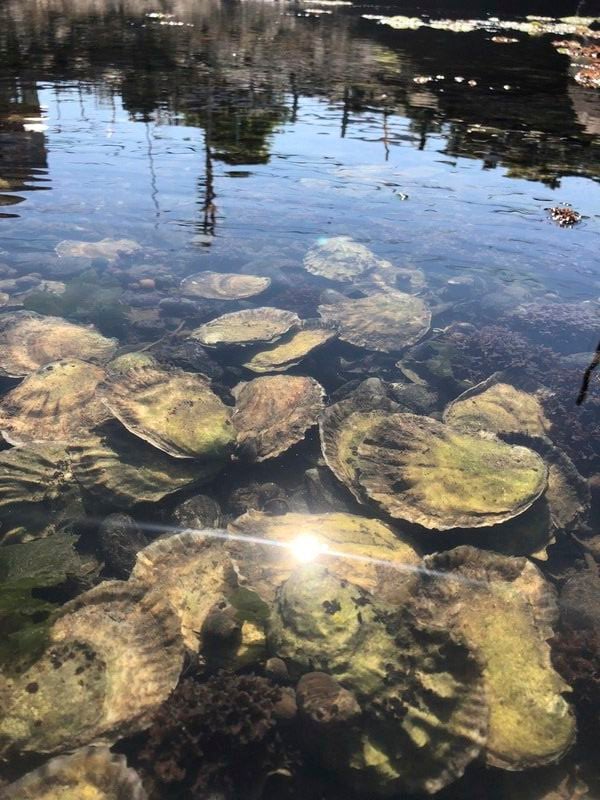 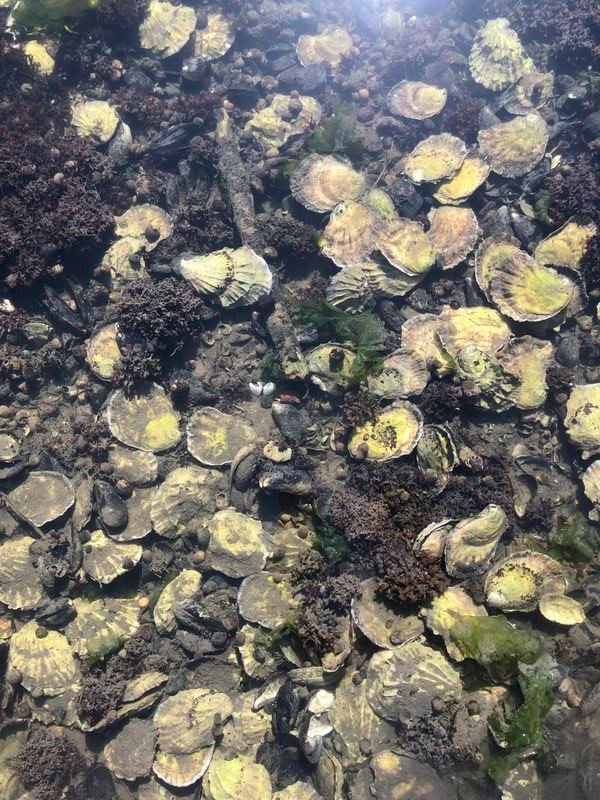 Massachusetts Oyster Project/Courtesy photo/Oyster apt or larvae seeded in Gloucester's Mill River by the Massachusetts Oyster Project have or are reaching adult size.
The novel coronavirus pandemic has sunk many people's plans for the summer, but one project is resurfacing at Mill River.
The Massachusetts Oyster Project will convene in Gloucester this summer to begin it efforts of putting 180,000 oysters in the Mill River over the next three years.
"We're hoping to continue to build on the success of this location, in the hopes of developing a viable oyster population and making a positive impact on the local environment," the Massachusetts Oyster Project wrote in its project proposal.
Since 2017, the project has seeded the Mill River with a total of 180,000 oyster spat, or larvae, from its upweller located at Maritime Gloucester. Continued monitoring has shown that over the past three years, the oysters put in the Mill River have done well — growing to the commercial harvest size of 3 inches.
"We were surprised how well our oysters did in the Mill River," Massachusetts Oyster Project President Sarah Valencik told a Times reporter on Thursday. "When we went back to check on them, they were doing quite well compared to some of the other oysters we released."
She explained that the most successful restoration sites, such as the Mill River, are often rocky and cobbled.
Because of the spats' successful growth in the Mill River, Valencik has applied for a scientific permit to study the Mill River site to evaluate and quantify how successful the oyster project's seeding efforts have been.
"We would like to identify mortalities, reproduction, changes in bottom community and improvements in water quality," Valencik wrote to the City Council on April 30. "We are also interested in identifying how many oysters are harvested at this location."
A part of its proposed research, Massachusetts Oyster Project will monitor reef areal dimensions, reef height, oyster density, and oyster size-frequency distribution. It will also monitor the water quality parameters, including temperature, salinity, and dissolved oxygen.
While her application for a scientific permit has been referred to the city's Ordinance and Administration Committee for further review on its Monday night meeting, Valencik is prepared to get in the mud.
"We will continue seeding the Mill River whether we get the scientific permit or not," Valencik said, explaining that the Massachusetts Oyster Project has received permission from the city's shellfish warden and the state to continue putting oysters into Atlantic waters.
The community's involvement in this year's restoration project, however, will look a lot different due to the COVID-19 crisis.
In the past, school groups and tourists would often join Massachusetts Oyster Project personell in the oyster restoration process.
"It was a very hands-on learning experience," Valencik said.
"This year we are not going to be able to do that," she added, explaining that people will be asked to maintain a distance from the process.
Massachusetts Oyster Project will be posting a large amount of educational content and videos to http://massoyster.org/ for the general public as its upweller season begins in June.
"We are happy that we are not only providing oysters for restoration, but we are also providing oysters down the road for harvest," Valencik said. "We think it is great that people are still able to have that resource."
Staff writer Taylor Ann Bradford can be reached at 978-675-2705 or tbradford@gloucestertimes.com.
COMMITTEE MEETING
What: The City Council's Ordinance and Administration Committee meets to consider a request from the MAssachusetts Oyster Project to study oysters seeded in the Mill River, among other things.
When: Monday, May 18, from 6 to 7:30 p.m.
How: Via Zoom at on smart device or computer at https://bit.ly/2Z6nhXl or by phone at 1-312-626-6799 or 1-346-248-7799. Meeting ID is 829 0230 3277.
Posted by Tess at 8:46 AM