We recently learned of this exciting effort to use oysters to reduce nitrogen loads in a Cape Cod town's waters. This is an approach we have been advocating for some time as it offers an environmentally friendly way to reduce nitrogen. Importantly, the oysters are most active in the summer time when the population is highest. It will be exciting to see the result. 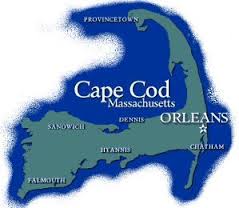 The surface of Lonnie's Pond will soon look as smooth as slate-colored silk; the 200,000 oysters that floated on the surface of the water in bags all summer will be replaced with occasional reflections of the bronze-leaved trees on the shore. 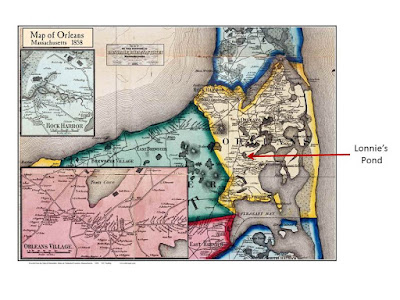 Now the waiting begins. The oysters, which will be placed on the bottom of the pond by researchers, will lay virtually dormant until March when they will begin once again to devour the nitrogen that helps turn the once-clear pond into a murky green.

But for those on land the end of January is a more significant date. That is when scientists from various institutions, including UMASS's School of Marine Technology, will have crunched the numbers and filed a report that could change the future of wastewater management in Orleans.

If the oysters have removed enough nitrogen then the second phase of the pilot project will begin and several other projects in town, which have aquaculture at the center of pollution abatement, will likely move forward.

"What we want to get to is: What is the cost per pound of nitrogen removed?" Selectman Alan McClennen said.

Close to 300 kilograms - 630 pounds - of nitrogen a year need to be removed to meet the state-mandated total maximum daily load limit. If the oyster project shows that oysters can make a difference, at a low cost, the town will move into the next phase.

The second installment of oysters in the pond could reach 1 million animals and the numbers from that pilot, along with the work done this summer, would be used to help convince state regulators from the Department of Environmental Protection, to let Orleans skip pipes in the ground - at least on Kescayoganset and nearby roads.

"The existing comprehensive wastewater management plan says we are going to sewer Lonnie's Pond, we are trying to avoid that," said McClennen at a recent meeting of the Orleans Water Quality Advisory Panel.

Although it's hard to run the numbers, particularly since the oyster pilot program is still ongoing, 7-year old Autumn, who has been at the pond frequently with this reporter, thought $500,000 to remove nitrogen, compared to millions for even a small sewer system seemed to make sense, particularly since it can cost up to $600 per pound for small sewer plants to remove nitrogen. She is willing to bet on the bivalve for the moment.

There are some questions over whether the oysters are going to be enough - some have said it would be cheaper and easier to just remove the sediment at the mouth of the pond to improve tidal flushing, and thereby water quality. There are also questions about what the next phase will look like - the initial work relied on larger than typical oysters from Falmouth, volunteer work, consultants, and paid local shellfish growers. In the future the project may be done with town staff, by private growers, or some other scenario.

Although questions remain, what is clear, said Sia Karplus, of Sciencewares, which is in charge of the project for the town, is the oysters are growing well. Oysters that arrived as the size of a cornflake are now well on their way to the size of a flattened mini muffin and those that were thumb-sized look more like a fist.

Eric Karplus, also of Sciencewares, was down at the 15-acre pond late last month, on an unseasonably warm - albeit still raw - day. He, as he did once a week, with the help of growers from Peter Orcutt's Pleasant Bay Oyster Farm, had taken some oysters from the 800-bag raft in order to weigh and measure them.

"These guys are growing like gangbusters," he said. "We came in with a few thousand pounds and now we have 10 tons of oysters out there."

Karplus said that amount of growth isn't typical, but there is a lot of food out there for them to eat. Part of the reason for the buffet is because the pond is one of the most impaired in town - like ponds all over the Cape it is suffering from nitrogen pollution coming mainly from septic systems.

Since the growing season had ended, this was the last day Karplus would be taking stats at a makeshift table by the shore. He was already in the process of putting the oysters on the bottom of the pond, in a contraption that will keep them off the mucky bottom, for the winter.

"It is really important to store them in a way that they continue to feed," Karplus said. If the oysters were smaller they could have been taken out of the pond to overwinter in a storage facility, but with larger oysters he said the chance of mortality was too great.

The reams of water quality data collected from several long-standing sampling stations, and also gathered from instrumentation set in the pond by SMAST will be correlated with the information gathered from oyster measurements that Sciencewares has taken.

But as Karplus tipped over a bucket of oysters and saw the size of the shellfish tumbling out he was encouraged.

"The only way the oyster grows is they are taking nitrogen out of the pond," he said.